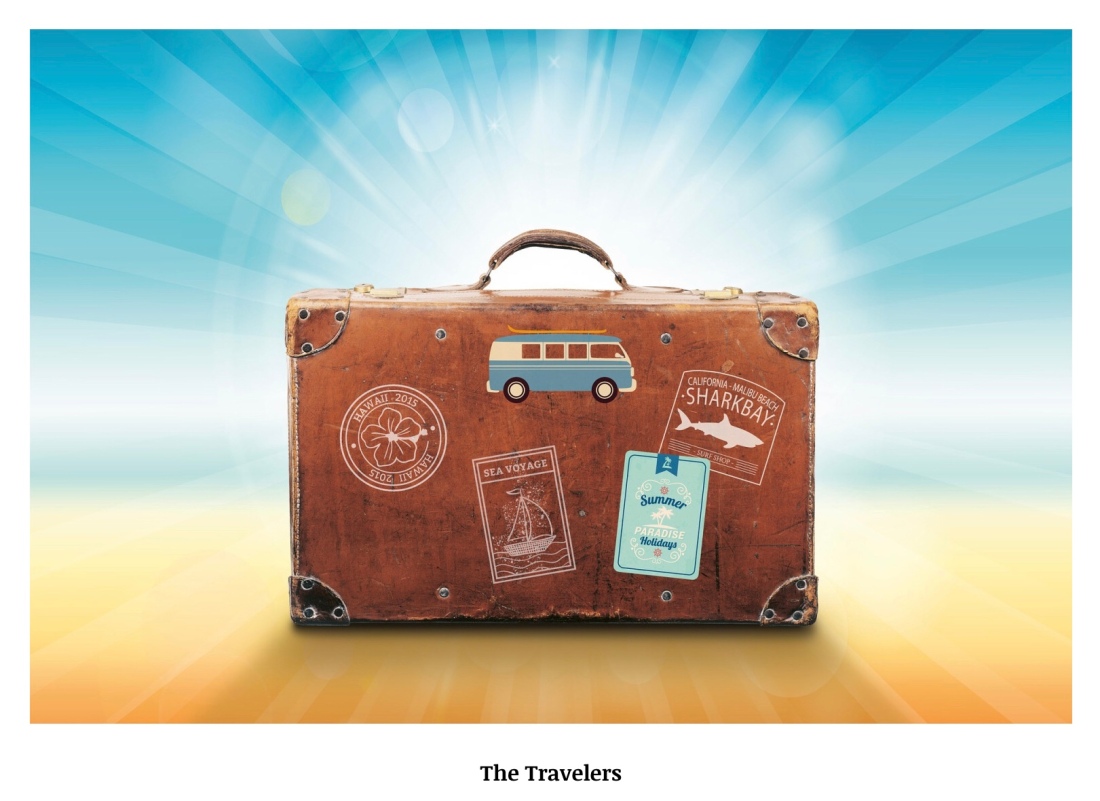 Sadje at Keep it Alive has tagged me in this Finish the Story Challenge, see the post here:

Teresa, The Haunted Wordsmith came up with the idea, it is a kind of pass the parcel for stories.

1. Copy the story as you receive it.

2. Add to the story in some fashion.

3. Tag another person to contribute to or finish the story.

Alexander and Alistair waited in line to check on their flight. It didn’t matter how long the line was, or how tired they were of waiting in it, they were happy to be getting away for a week. Life had not been difficult, but it was still nice to finally get away–alone.

Finally, it was their turn to check in. Alexander sat his luggage in the bin and watched as a scrawny kid retrieved it and threw it on a conveyor belt. He cringed and crossed his fingers that his cologne didn’t break.

It wasn’t until they were standing by the large window at their gate watching their luggage be thrown around like last week’s trash that they noticed it. Something was not right.

“Hey, Alistair,” Alexander said, pointing out to the luggage cart. “Do you see that?”

Alistair followed Alexander’s finger and squinted. “Yeah. What is that?”

The luggage on one of the other carts was all black with a lightning bolt logo. And sure enough, a black stretch limo with the same logo pulled up directly to the plane and out tumbled the crazy rockers the Zappers and their entourage.

“Oh no,” Alistair moaned. “Those lunatics will be on our flight!”

Alexander sighed. “Horrible. They always get up to some ridiculous shenanigans, but surely they’ll behave themselves in the air?”

“It’s too late to change our tickets?”

“Well, yes. Our luggage is being flung into the bowels of this tin can as we speak.”

The men stared glumly out the window, their previous good mood soured. When they were called to board, they stood in line without speaking, having mutually decided to stoically bear the flight and have fun after landing, when the nutty rockers had gone.

Women chatted behind them in line. “Oh my God! Did you hear that the Zappers are on our flight? I’m totally gonna sneak into first class to see them!”

“I have such a crush on Nikki Zapper! I bet he does something wild and we have to make an emergency landing!”

Alistair and Alexander looked at each other and rolled their eyes.

But all went smoothly during takeoff, and then as one of the flight attendants was giving the safety presentation, a blond man dressed in black leather popped out of the first class section, grabbed her, and kissed her.

Several people in coach lifted up their cell phones to record Nikki as he laid one on Myra, the flight attendant, ooh-ing and aah-ing as they did. Myra was torn, as she was supposed to rebuff any advances by the passengers, no matter how famous; but on the other hand, she had been a global fan of Nikki and the Zappers for years, using her bene of free flights to see them dozens of times. She even had a likeness of Nikki tattooed in her cleavage. Throwing caution to the wind, she kissed Nikki back and soon they, locked in an embrace, were stumbling towards the bathroom – where they would be the newest members of the Mile High Club.

As they often synched with each other over the years, Alistair and Alexander looked at each other and rolled their eyes.

“Let the shenanigans begin. Where are those sleepers you packed? Time to take a snooze until the show is over,” said Alistair.

Alexander reached for his carry-on, which was stuffed under his seat, and retrieved enough for both of them. They asked another attendant for a handful of the little booze bottles to wash them down with. Soon they were fast asleep, snoring to beat kingdom come.

Neither one knew how long they had slept, but both were awakened by the throbbing bassline of the latest Nikki and the Zappers tune, “Don’t Harsh My Buzz.” They were shocked to see….

…that the lights in the plane’s cabin had been turned off. Being that it was night time, they couldn’t see a thing in the dark. The bass guitar was still pounding out the beat so loud it shook their insides.

Suddenly an explosion of neon-like lights began flickering all around the plane’s interior, as the Zappers launched into their current number one song.  Passengers were crowding into the narrow aisle, and even just standing at their seats, dancing and singing along to the music.

The captain came on the loudspeakers: “Welcome to the party of the year…we present the Zappers for your inflight entertainment. Free drinks for everyone!

“Can you believe this?” Alistair asked as he busted a move right there in his seat.

Alexander looked at Alistair. They were grinning from ear to ear but didn’t roll their eyes at this exciting turn of events.

Cocktails and cups of beer were passed around, as the party continued through the night, 32,000 feet above the ground, but a sudden lurch of the plane made everyone gasp. The plane yawed to the left, then to the right. People screamed and tumbled into each other.

……..we have a pick of air turbulence. It took repeated announcements from the caption to quieten down the passengers who were still hyped up from all the drinking and dancing. Eventually, everyone was seated, the belts fastened and a hush descended on the plane. Suddenly there was a jerk as the plane lost a lot of height very quickly. It was an air pocket that caused the loss in the plane altitude. There were quite a few screams and shrieks from many people.

The pilot came on air again.

I am sorry ladies and gentlemen we are in the middle of a storm right now. Please keep the seat belts on. I am afraid that we have lost power in one of our engines. I am trying to make an emergency landing………..

His announcement was cut abruptly and….

…the oxygen masks dropped from their concealed compartments above the passengers.

Alistair and Alexander helped each other putting them on and then they squeezed hands.

The atmosphere had gone from one of enjoyment to panic. A few people had begun to get hysterical. Myra the Stewardess was trying to comfort one particularly distressed woman who couldn’t stop crying.

Then there was a loud bang and a hiss as the cabin filled with smoke. Alistair could just see Alexanders face through the haze. His eyes were scrunched tightly together and his grip on his hand was threatening to cut the blood supply from his fingers, but they were together and that was some comfort.

It was the impact of the plane hitting the water that sent luggage pouring out of overhead compartments and a few chairs broke loose, tumbling bodies around like they were dummies.

Myra lay at an impossible angle. Her legs bent backwards and her head twisted.

A figure lay face down in a black leather jacket and the strings of a broken guitar wrapped around his neck.

After the terrific noise of the impact, everything seemed deathly quiet. Alexander’s eyes opened, tears streaming down his face but he fixed Alistair with a desperate blue stare.

They had survived the crash but so many hadn’t.

A panicked voice suddenly came from over the tannoy system.

“This is the Navigator speaking. If there are any other survivors, please come to the front of the plane and make yourselves known.”

Together Alistair and Alexander got up from their chair and slowly made their way down the plane.

They were surprised to see…..

OK, I am going to tag Rory, A Guy Called Bloke to have a go at adding some more of this story.

17 thoughts on “Finish the Story – The Travellers.”