I just want to send a huge THANK YOU to all my followers.

I hope you haven’t regretted clicking on that follow button.

I hope you enjoy reading my poems and short stories and occasionally my other posts, like pictures.

I started this blog to have a place to put my stories and poems, I didn’t expect it to be such a great interactive experience. I have made so many blogging pals and It has been so great to know you.

Thank you to you ALL.

Most famous for playing Mrs Hyacin 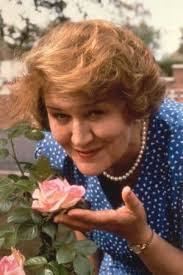 th Bucket in the UK TV Sitcom ‘Keeping Up Appearances’, she delighted us by playing the snobbish and overbearing woman. She was, however, more than just a comic actress. She was also a classically trained opera singer. I wanted to share with you these two clips that show just what she was capable of.

She is also, in real life, a very lovely and natural person, not at all like the character she so successfully portrayed.

I hope you enjoy these… 🙂

Congratulations on writing 200 posts on Tales from the mind of Kristian!
Gosh, Haven’t I been a busy boy!?!
Today is also my Two Monthiversary!
I have been writing my blog for two months already and I can’t believe it!
In that time I have managed to build up:
129 followers
4055 Views
1570 Visitors
2083 Likes
624 comments
But most importantly I have read some excellent blogs, and dare I say it, made some nice online friends.
I have also enjoyed myself immensely.
Sharing my stories and poems was something I was very anxious about.
What if no one reads them? What if no one Likes them?
😟😟😟
Well thanks to all those who regularly visit and comment, I have had an incredible, confidence building experience.
😁😁😁
I wish to say to all of you a really HUGE THANK YOU!!!!

You may or may not be aware but I began writing a murder mystery. Some of you may observe, it is in the style of Agatha Christie. This was originally a challenge set by my tutor on my creating writing course. I also weaved into the story the word prompt – Notable. This was my story Death of a Notable – A Murder Mystery,

See here for the link:

I have always been a huge fan of Agatha Christie, well at least since the age of 12 when my English teacher was rather scandalised to learn that I was still reading Enid Blyton and Roald Dahl. Of course there is nothing wrong with those authors or their work. I recommend Enid Blyton’s Folk of the faraway tree, as it is a light-hearted fantasy worth of being well read. Roald Dahl was a very entertaining author and his books from James and the Giant peach to The Witches, are still deservedly entertaining children the world over. That is the point though, they were, in my teacher’s mind, very much children’s books and he felt I should have moved on to something a little more adult.

He lent me a copy of Agatha Christie’s Crooked house, which incidentally was one of Mrs Christie’s own favourites. I was hooked from then on. I probably own 90% of the books she wrote, including her entertaining autobiography.

Having taken a stab (if you pardon the use of the word) at writing something of a murder mystery I have a new appreciation for what she managed to do. Let me tell you, it is incredibly hard.

To weave a number of different alternatives into the story, each one believable; to put in certain clues, some real and some red herrings, it is nerve-wracking. You instantly believe that the solution is so obvious that people are bound to guess it. You worry that you have made it too easy, but then you are also in danger of weaving so many little plots that the whole thing becomes annoying for the reader. You have to create characters and once having done so you are bound to ensure that each one doesn’t behave out of character unless there is a very good reason for doing so.

That is another hard thing, you must have reasons for things to be believable. You find yourself saying to yourself “But of course people would have known straight away that someone altered the clock” or “They would have seen them pick up that knife”. I am sure that Mrs Christie would have done the same. Yet, she wrote the most amazingly complex plots, and deftly created some entertaining characters. She leads you round by the nose making you suspect everyone in turn and yet never really guess the whole answer, maybe if you’re lucky you may have worked a bit of it out, never the whole thing.

Having dipped my toe into writing this genre, I realise just how hard it is. To write a crime novel where you know who the person, that may be easier, I may have to try it in the future, but to write a mystery novel like Mrs Christie so expertly did, that has been one of the hardest things I have tried to do. I have loved the challenge, but I have to admit, my attempt is but a mere parody of the real thing. It is a loving tribute.

Bravo, Mrs Christie, let us all raise a glass (hopefully without any Cyanide in it) and toast to a literary giant and give thanks for the huge volume of work she has left us.

I am off to re-read some of my favourites:

A Murder is Announced

Cat Among the Pigeons

Murder at the Vicarage.

Tell me, are you a fan of Agatha Christie? What are your favourites? Do you prefer Miss Marple or Hercule Poirot?

Let me know what you think.

Today I have passed the 100 followers mark! This is so very exciting. I am really grateful for all of you who decided they liked my posts enough to decide to follow me. It is your encouragement that keeps me believing in myself.

I have posted below links to all my followers as a thank you.

I would also like to thank people who regularly read and comment on my posts, whether you choose to follow me or not. Your comments and likes are so helpful to me in my quest to improve and develop my creative writing.

I can not say Thank You enough.

I started my blog one month ago on the 7th of March.

I have never done anything like this before and It was a huge leap into the unknown for me.

I wish to thank everyone who is following me and also everyone who has given me support and advice. It is much appreciated.

I have also published 86 posts (I suppose this one will make it 87).

I am definitely going to continue this and write more stories, poems and observations. Thanks to your encouragement.

In addition to my followers, who I have linked below, I would like to thank Lydia Howe at Noveltea who gave me some useful blogging tips.

Denny McBride who invited me to take part in his collaborative writing story, called Dead Man Walking, which will be published shortly

and my friend Michelle Greensted, who isn’t a blogger but reads all my stuff and asked me to write a story about a cat, which I did today.

Today is the anniversary of the death of Ludwig Van Beethoven. One of the most inspirational and brilliant composers who has ever graced this earth. Who’s legacy still remains to enrich our lives and lift our hearts.

Although this was 191 years ago and therefore not a nice rounded number since his demise, his importance is such that this does not diminish the fact that remembering him today is worth while.

He was born on the 17th of December 1770 in Bonn, the city that at the time was the capital of the electorate of Cologne and of course this city became the capital of West Germany during the time of Germany’s unfortunate, but thankfully temporary, split.

In around 1790/91 he moved to the City of Vienna, such a bastion of musical enlightenment which includes Mozart and Haydn (among others) in its repertoire of musical notables that called Vienna home.

Beethoven’s musical genius gave us the fantastic and inspiring 5th Symphony where the repeated notes (Duh, duh, duh, Dum) recall the knocking of opportunity, that sound that supposedly knocks for all of us at one stage of our lives and we ignore it at our peril.

He gave us the Moonlight Sonata and the piece known as Fur Elise, which are both staple diets for the practising pianists even to this day.

He also gave us one of my absolute favourite pieces of music. His 6th Symphony, affectionately named The Pastoral Symphony.

He also left us many interesting quotes, although probably not as many as are attributed to him on social media that latch on to any name of the past to aggrandize a notable witticism.

He said “Music is a higher revelation than philosophy”.

I think it can certainly be claimed that music and philosophy go hand in hand in inspiring our soul and lifting our spirits.

He said “Music is the mediator between the spiritual and the sensual life.”

What could be more true and appropriate?

He said “To play a wrong note is insignificant but to play without passion is inexcusable.”

This should apply just as much to life itself. We should grab the opportunity knocking and don’t stop to fear a wrong note, or mistake along the path, we should just enjoy life with a passion. No Life lead with a passion could ever be called a failure.

“Applaud, my friends, the comedy is over.”

Well, my friend, we have never stopped Applauding.