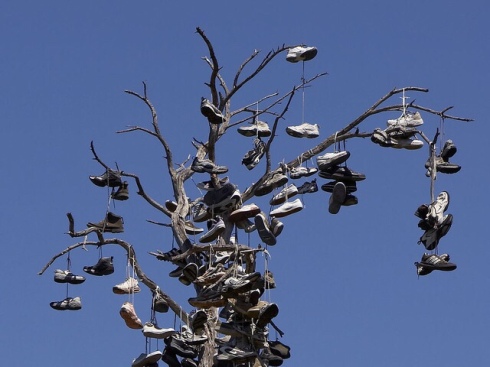 The tree was a monument to a lost generation.

Each shoe represented a child who’d been shot dead at school.

The killings had to end but the tree would remain until Congress passed laws restricting access to guns.

It would likely remain a while until the blood price was paid.

This was written for Kat Myrman’s weekly challenge see link below: