A little while back, I promised some of my blogging buddies that I would upload some recent pictures of my garden. I hope you enjoy the view (s).

Today’s word of the Day is Garden, so I thought I would repost this: This picture above shows some very moody looking clouds coming my way. You can also see the magnolia in flower, and my efforts to try to re-establish the lawn after my ravenous chickens had rather decimated it.

I think this picture makes a good entry for CalmKate’s challenge, see link below: I was thinking rather carefully

whether I should apply to enter,

at the community centre.

Would It stand a chance of winning?

would I be laughed at to the exit?

after all the grass is thinning,

I sent my chickens to inspect it.

It would make my worries double,

instead, I’ll sit and think this through,

Rather than take on all that trouble.

My chickens think so too.

I hope you enjoyed my poem, and this journey through my garden. 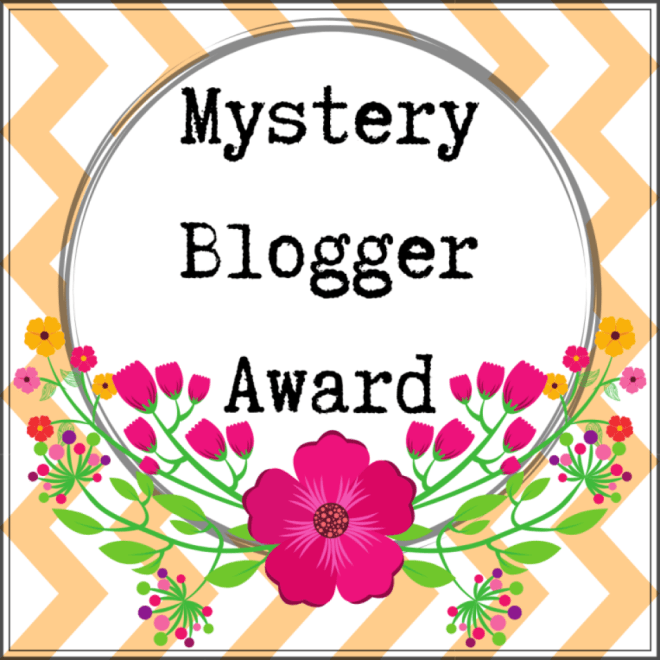 I was thrilled to be nominated for this award by Dr Tanya at Salted Caramel, click on the link below to see her post, check out her blog and say Hi from me too.

“It’s an award for amazing bloggers with ingenious posts. Their blog not only captivates; it inspires and motivates. They are one of the best out there, and they deserve every recognition they get. This award is also for bloggers who find fun and inspiration in blogging, and they do it with so much love and passion.”

Three Things About Myself

So those are my questions, who shall I choose to nominate?

I have also included the following Word Prompt:

My True Desire is

Just to sit in the garden

and watch my chickens. The Top Photo is a picture of my Three first hens, who decided to line up and pose for the camera. From left to right: Henrietta, Ophelia and Cleopatra.

Henrietta unfortunately turned out to be a Henry so we took her back to the farm and they exchanged her for a hen. We couldn’t have a cockerel in our neighbourhood.

Ophelia was docile and timid but Cleopatra was very well named. She was cruel and vicious to the other hens and she used to stalk pigeons on the lawn and pull their tail feathers out. She was also afraid of nothing. This was the Hen we swapped Henry for. She is a little Silkie we named Rosemary (Rosie for short) because she used to hide from the other hens under the Rosemary bush.

Then we acquired Queenie. She was found in someones garden one day with no clue how she got there. She couldn’t keep her but told her sister about it, who happened to sit next to a friend of mine at work. Through this particular grapevine, I ended up with her. She was a regal and lovely hen and she became my favourite. I still miss her.

This is Ophelia, Cleopatra and Queenie Sunbathing on the lawn. I didn’t know chickens did this at first, so the first time I ran out in the garden convinced that someone had shot my beloved pets. They hadn’t of course. Time could be cruel and I lost Cleopatra and Ophelia, I had already lost Rosie who had always been sickly. They have all been interred in the pet cemetery beneath the Rosemary bush. So I acquired two new hens. Seen above, sharing the dust bath with Queenie is the Golden fluffy hen I named Philomena and the Black Rock called Penelope.

These three got on very well, with Queenie a regal but benevolent ruler.

Queenie died of old age, she deteriorate over the space of a month, becoming bewildered and not eating. It was very sad to see her go. Penelope died all of a sudden, a shock because she was only a year old. So I had to get some companions for Philomena. I then got another Light Sussex who looks a lot like Cleopatra but lacks her cruel and wicked streak. She is called Angelica. The brown hen is called Adelaide, who is lovely and friendly and loved to come into the house and say hello, then goes out again. With Philomena gone, I have now got two new hens, that have settled in nicely over the last two weeks. The Black hen is a breed called a Magpie, so she’s called Maggie. The speckled Hen is called Esmerelda.

I have had hens now for about 6 years and despite the fact that they do tend to scratch and make a mess and produce huge amounts of manure, they are so entertaining to watch and produce lovely eggs for breakfast, which is more than you can say for guinea-pigs. I wouldn’t be without them. For ages I have wanted to post multiple pictures in a post and I have only been able to show one featured image.

Thank fully I received some simple instructions that I could understand and finally here is a post with multiple pictures.

Also I want to tag Shelley who I promised to show some pictures of my garden.

You can tell I am very fond of Lavender. Most of my plants are bee friendly and I’m proud to say I have lots of honey bees and bumble bees in there. Also lots of butterflies.

And these are my four hens.

I’ve had these just over a year and they are quiet, lovely hens and they lay almost every day.

The Black hen is called Maggie, short for Lady Margaret and the speckled hen on the right is Esmerelda. These two are new, I only got them 2 weeks ago and they are still settling in.

This is a picture of my garden taken two years ago.

I will post up a more up to date photo as soon as I download my camera.

This picture also doesn’t have any chickens in it.

That is highly unusual because my hens seem to love the limelight.

As soon as the camera comes out, they (the hens) are posing more brazenly than a second rate celebrity on the make.

They also like to stare into the lens with an intensity that is quite unnerving.

I wonder sometimes if they know what I’m doing. They almost seem to be saying

So Hen pictures coming up and more garden pictures…..

Hope you like this one.  (I can’t seem to be able to upload more than one photo per post….If you know how I can achieve that, please let me know).

I promised myself I wouldn’t write a long story today. I have some friends coming round for dinner later and the place is a mess so really I should be tidying up the place.

But then, one short story won’t do any harm, will it?

The trouble with stories is they are sometimes like back seat drivers. You set off knowing where you want to go and then the story kicks in and keeps telling you to go this way, then that way and before you know it, you’ve been kicked into the passenger seat and the story has taken over the driving altogether!

On a boiling hot day, the kind where you can feel the heat of the ground through the soles of your shoes, I was walking through the markets of Marrakech.

The smell of the spices and the perfumed tobacco smoke from the hookah pipes was almost overbearing.

I wandered in and out of the brightly dressed crowds in search of something special, something truly authentic, to take home for my neighbour. He had kindly agreed to look after my chickens while I was away. My parents used to undertake this charge, but they were in the late seventies now and it wasn’t fair to ask them to drive the hour long journey from their house to mine just to make sure my hens food and water was topped up. They needed cleaning out at least once a week too and that was an onerous and rather smelly job. It was true that the eggs were a welcome reward for the labour but still, the job needed a better reward than just that. My neighbour, Ian, had said some time ago that he would happily keep an eye on them if we ever wanted a break. He had grown up on a farm and they had kept hens so he remembered them fondly. Possibly he’d remembered the good bits but had forgotten the bad. As well as laying eggs, chickens were prolific producers of something else. Need I spell it out?

Anyway, when I said we were off for two weeks to North Africa, Ian kindly agreed to chicken-sit and give the run a good clean out. So I vowed to myself then and there that I would have to find and bring him back a trinket.

The market was certainly a good place to come. It was full of exotic goods. Beautifully dyed cloth, brass ornaments, terracotta tagines and of course the hookah pipes themselves.

Suddenly I felt a tug at my waist. I looked down and there was a small hand pulling my wallet out of the pocket of my shorts. I tried to grab the hand but it pulled away and I saw a young boy running away through the crowd.

It was too late. I was just one of many victims of the pickpockets that took advantage of careless tourists in these over crowded places. Luckily I had left my cards and most of my money in the hotel safe. I had only come out with enough to buy lunch and the token gift.

I sat down on the steps of a fountain and slowly recovered from all the emotions you go through at times like these. The anger at the thief, the anger at myself, the regret at not being careful enough. Then I glanced over and saw by the side of the market a ruined building and a pile of rubble. I went to investigate a bit further. The rubble was mainly blocks of concrete and airbricks but there in the pile were a couple of exquisitely painted tiles, slightly broken and no doubt worthless. I picked one up that wasn’t too badly damaged. It was a white tile with dark and light blue interlocking patterns. In the centre was an eight pointed star made up of two squares. It made the perfect gift. It may be worthless but it was truly authentic.