I have been tagged in this challenge by Paula of Light Motifs II, see her post by clicking the link below.

The challenge was created by Rory, A guy called bloke, see his post here:

Thank you, Paula, for thinking of me. I apologise for not posting this as promptly as I would have liked.

Rory says “Please Note l will be reblogging your responses unless you wish for me to NOT do so.”

The word of the day is Velvet, so I wanted to find an interesting expression including the word Velvet. I found two.

Firstly is an old expression that was used as a humorous name for a Mole.

– the little gentleman in the velvet coat Secondly is an expression for a situation that is undesirable or unfulfilling but provides enough financial security to make someone unwilling to leave.

Finally, a quote from me:

“The greatest expression of all is to have the freedom of it.”

So, Who shall I nominate to take part in this challenge?

Well, here are three, if they wish to take part.

Life Is A Roller Coaster..

It was a challenge I couldn’t refuse. To travel to the most distant corners of the world in a hot air balloon, it sounded like an amazing adventure to me.

END_OF_DOCUMENT_TOKEN_TO_BE_REPLACED

Debbie Whittam has set a challenge to write a poem or story in 50 words, or multiples of 50 up to a maximum of 250 words, inspired by a picture and include some particular lines.

He still wanted to go there, one way or another, and to find that brunette, if she existed.

It happened in Paris. Jonathan was sitting on a park bench in the Tuileries gardens admiring the view when the most gorgeous brunette sat down next to him. She looked like a fashion model, except for what she was wearing, a rather drab brown coat. She had a book in her hands and if it hadn’t been for the expression on her beautiful face, one of extreme nerves, he wouldn’t have thought much of it.

After five minutes she got up and walked away, his eyes lingered on her slim figure as it disappeared into the distance.

Then he noticed she had left her book behind. It was too late to run after her, she’d gone.

Jonathan picked up the book and out fell a piece of paper.

“The Snows thaw on the Siberian plains. Budapest. Peace square by the Monument. September 3rd. Midday. Meet me.”

He read those words and a thrill passed through him; he felt pulled into a spy drama.

Jonathan put the book in his bag and began walking back to his hotel. A rough man in a black puffer jacket rammed into him and he fell to the floor, clutching his bag. A policeman came up blowing his whistle and the man fled.

‘So, Budapest’, he thought. It all had felt like a dream but he still wanted to go there, one way or another, and to find that brunette, if she existed.

He was there when the shots were fired and the uprising began.

Well that great Guy Called Bloke has nominated me to take part in this 321 challenge.

He is taking a break now until August and I wish him all the best. Please take this opportunity to have a look at his blog. 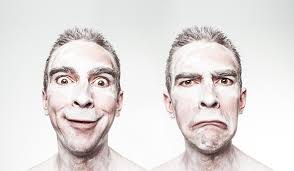 So I would like to thank A Guy Called Bloke for nominating me for this challenge, for being a great Blogging buddy and for just being himself.

I have been cursed with one of those ‘tell all’ faces. I can’t play poker and I certainly can’t hide what I am thinking and feeling inside. I wish I could have a face that showed less expression but I’m afraid I am stuck with it. Maybe the wind changed?

Freedom of Speech or Freedom of Expression is quite a popularly discussed subject. It is often the excuse used by racists for expressing their hateful views and expecting their victims to ‘suck it up’. Freedom of expression cannot and should not apply to Hateful people who wish to incite further hatred.

But this guy (below) does have a point. 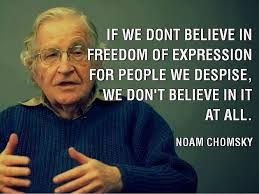 Have a think for a moment. We all have views and opinions and that is all well and good, but do you respect and accept other people have different views to yours? Are you happy with them expressing them?

Do you have friends who vote for a different party? Or hold a very different view with regards to other issues of the day? We should be able to accept and respect others and have friends we can have an open and friendly discussion with. If you answered those questions as NO, then maybe you need to consider the fact that YOU do not believe in Freedom of Expression at all, unless it’s yours…..

I’m being rather controversial, aren’t I? 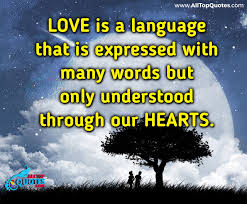 Is He Following Me at the Park?

and The Rendezvous Club

Feel no pressure to take part if you don’t want to, but if you think the subject is interesting, they why not have a go?