I would like to thank https://wednesdayschildca.wordpress.com/ for nominating me for this challenge.  You will want to have a look at her blog, if you haven’t already.

Rules:
Thank the person who nominated you.
Post a quote for three consecutive days (1 quote for each day).
Share why this quote appeals so much to you.
Nominate 3 different bloggers for each day. 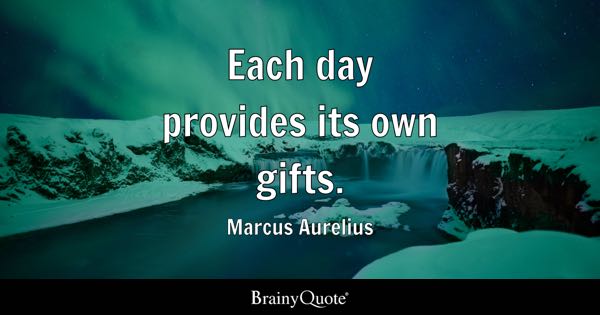 My Quote for the today is from Marcus Aurelius

Each Day provides its own gifts.

Marcus Aurelius was a Roman Emperor, but he was also a scholar and a Philosopher.

He wrote a book that is known as The Golden Book of Marcus Aurelius, which is full of wisdom.

Sometimes gifts are disguised as problems. If you solve the problem and it enriches you, it was a gift after all.

I am only going to nominate one person each day, because other wise it can get out of hand.

Today I will nominate http://violableu.com/

Many, Many Thanks to Confessions of an Irish Procrastinator

for nominating me for this award. This blog is always worth a read, if you want to laugh or cry in equal measure (normally tears of laughter) give it a try.

“The Mystery Blogger is an award for A-MAZING bloggers with ingenious posts. Their blog not only captivates; it inspires and motivates. They are one of the best out there and they deserve every recognition they get. This award is also for bloggers who find fun and inspiration in blogging and they do it with so much love and passion.”
The Rules: (I love rules, watch me break them)
1) Put the award logo/image on your blog.
2) List the rules.
3) Thank whoever nominated you and provide a link to their blog.
4) Mention the creator of the award and provide a link as well – Okoto Enigma https://www.okotoenigmasblog.com/
5) Tell your readers 3 things about yourself.
6) You have to nominate 10 people.
7) Notify your nominees by commenting on their blog.
8) Ask your nominees any 5 questions of your choice: with one weird or funny question (specify).

So, Confession time…Three things about me.

1) I once nearly got arrested for dancing in a pub car park.

Truth is often stranger than fiction.

I had been to visit one of my cousins the night before. she is a ballroom and latin dance teacher. She taught me a few steps of the Rhumba, Samba and Paso Doble. So the next morning I went to visit my Auntie but she wasn’t in. I parked in the Pub car park opposite and because I was bored, I decided to practise my dance steps, as you do (well apparently only I do). This was at 10 o’clock in the morning.

Then my Aunt came home and I went in for a cup of tea.

While we were sitting there, a police car came into her road with the sirens blazing and pulled up inches behind my parked car. Then the police began combing the area.

My Aunt’s Son, who was a special police constable, then came in and said that there had been a report that a maniac had been seen in the area. My Aunt looked at me, and I said “Well I was only practicing my dance steps”

I think it must have been the Paso Doble that did it….?

2) I learnt to play the Irish Tin Whistle on the ferry from Holyhead to Dun Laoghaire. My dad bought if for me on the ferry and by the time we landed I had an audience around me and I was playing Molly Malone. I still like playing The Wild Colonial Boy, to this day.

3) I would rather have a big chunk of Cheddar cheese than a bar of Chocolate. Any day.

So that’s me in a nutshell.
Questions From https://confessionsofanirishprocrastinator.wordpress.com/

My Nominees (Just like Confessions of an Irish Procrastinator, I have just chosen three. Sometimes rules are meant to be broken, and these things can get out of hand.)

No need to join in if you don’t want to. Post some answers in the comments If you’d rather.

On this final day of the challenge I would once again like to thank PTSD Gal for nominating me for this challenge.
Quote Challenge Day 1: Havamal Inspiration
My Not So Chosen Path 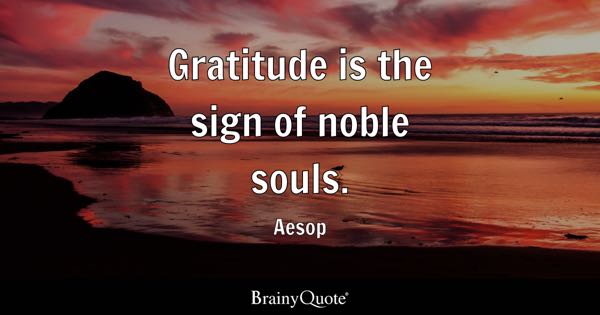 My final choice of quote is attributed to Aesop.

It just goes to show that human nature has not changed essentially since the days of ancient Greece. What Aesop wrote then is still true to this day. There are lots of quotes attributed to Aesop, and many of them inspirational and wise.

I am grateful that I am writing stories and poetry and that YOU are taking the time to read them and give me some encouragement on the way.

I would like to nominate Emily at A Writers Beginning to take up this challenge.

Again, I would like to thank PTSD Gal for nominating me for this challenge.
Quote Challenge Day 1: Havamal Inspiration
My Not So Chosen Path

My quote for today is from Maya Angelou:

In a way, this is a bit like talking to a dog. You can say, “You horrible mutt” but if you say it nicely, with a smile, it’s tail will wag and it will be happy with you.

Actions do speak louder than words. Body language and tone of voice are very important and If you want to make a good impression, Smile.

Today I am nominating Iain Kelly

Firstly I would like to thank PTSD Gal for nominating me for this challenge.

My Not So Chosen Path 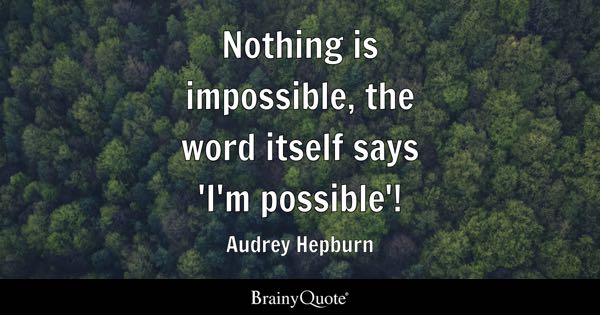 Ok. My Quote for today is Audrey Hepburn’s, Nothing is Impossible, the word itself says ‘I’m Possible’!

I like this because there are far too many critics in the world and not enough builders of confidence. Strictly speaking it isn’t true of course. As anyone who has ever tried to fly, or breathe underwater, will tell you, if they manage to survive. Going into something telling yourself you will fail, will become a self fulfilling prophecy. You have always got to tell yourself you can do it then you stand a chance.

Having realistic goals is the next step, of course.

I am going to break the rules, there are so many of these awards and things going around, and there is only so much time, so I am going to nominate just one person per day, and then of course they still have the chance to ignore me and not pass it on.

Today I am nominating : Denny McBride of the ceaselessreaderwrites