This is a continuation of a previous story I wrote, See here for part one:

and here for part two:

and here is Part Three:

Jennifer and James both went up the stairs after turning off the gas fire in the drawing room and switching off the lights downstairs.

They could hear another tempestuous thunderstorm coming in. The lightning was making the light on the landing flicker. On the right, at the end of the passageway, they could see a flickering light from underneath Aunt Elizabeth’s room. She had taken a candle to bed with her, along with her milky drink. Clearly, she was still awake.

Turning left they went along to their rooms. They were either side of a small bathroom and had connecting doors. Jennifer’s room was decorated with pale lavender wallpaper and a mauve bedspread. She closed, clocked the door and rammed a wooden chair under the handle. She let out a relieved sigh. Out of the window, she could see the storm clouds and lightning over the lake.

Jennifer walked towards the bed and sat down to remove her shoes. As she did a huge puff of dust filled the air and made her cough. James came in, through the bathroom, holding a pair of sleeping bags and a camping lamp.

“Gosh, you were prepared for every eventuality” She smiled at him.

“Like any good Boy Scout should” He responded, “I thought we should make ourselves comfortable on the bathroom floor, it seems less dusty in there. I see you’ve shoved a chair under your door. I’ve done the same.”

“Well, Aunt Elizabeth seemed to think something strange was going to happen. What do you think will happen?”

“I wouldn’t pay too much attention to what Aunt Elizabeth says. I don’t think stability is a particular family trait. I think either she’s totally mad or she’s incredibly cunning. Or maybe both.”

They hunkered down in their sleeping bags on the bathroom floor. At least the grey linoleum was clean. It smelt vaguely of pine disinfectant. James switched off their lamp and for a moment, all was silent, except for the sound of the wind, rain and occasional thunder from the storm outside.

Jennifer was just drifting off to sleep when the voices started. Whispering voices just on the edge of being heard.

“Jennifer, Jennifer. You don’t belong here. This is not your house. You are not one of us. You don’t have the blood. Why have you come here? You should leave. Leave now. Before it’s too late……”

The voices went on and on in her head. They didn’t appear to be coming from a specific place. They came from all around her.

She looked over at James but he appeared to be fast asleep. Suddenly she was afraid, what if he wasn’t sleeping. She rolled over to him and put her hand near his mouth and nose. She could feel his breath against her hand.

Then there was an almighty scream. It was high pitched and seemed to go on for ages. James opened his eyes and jumped up, all alert he switched on the lamp.

“What did you scream for?” He asked accusingly.

“It wasn’t me. Honestly, it wasn’t. It seemed to come from along the hall. Maybe it was Aunt Elizabeth.”

She unlocked the bathroom door and went out onto the landing. James followed her carrying the lamp.

There was no light on under Aunt Elizabeth’s door. The whole place was in darkness, the landing light, which they had left on was now off. It seemed that the storm had caused a power cut.

As they slowly made their way along the dusty landing, they heard another mad scream. It seemed to be coming from the locked master bedroom.

Jennifer called out. “Is that you, Aunt Elizabeth?”

She heard the voice answer.

“Yes, yes it’s me. Must help me. Is that you Jennifer? You have to help me. I am tied up. He is going to come back for me. He is fetching a knife. You must help me. Please.”

“How can I help? The door is locked?”

“There is another way in. This house is full of passages. You can get into this room through the cellar. Quickly, you must help me. He is going to kill me.”

Jennifer started running down the stairs but James reached out and grabbed her arm and pulled her towards him.

“What do you think you are doing?” James demanded.

“I’m going to help Aunt Elizabeth, we can’t just leave her there.”

“That’s just what she deserves. Don’t you remember what she said? Don’t go down to the Cellar after midnight.” The grandfather clock in the hall started chiming twelve.

Another loud scream filled the air.

“But, Aunt Elizabeth? She could be in danger.”

“Let’s knock on her door and see first before we do anything else.”

They walked along the landing and knocked on her bedroom door.

In a moment they heard the lighting of a candle and saw the light from under the door.

The lock clicked and Aunt Elizabeth stood there in her white linen nightgown, her grey hair tied in a long plait over her shoulder. She looked the epitome of grace.

“What, what is it?” She was smiling at them, her eyes shining in the combined light of the candle and the lamp. It was a toothless grin, her dentures were floating in a glass next to her bed.

Jennifer exclaimed “I thought you were in danger. I could hear you screaming from the Master Bedroom.”

Aunt Elizabeth laughed, a crystal cascade of notes. “I told you to ignore the voices. They are tricksome, that’s for sure. If I were you, I would go back to your bedrooms, lock yourselves in and get some sleep. Good night.”

They followed her advice as best as they could, sleep came only in fits and starts. There had been no more screams, but they still heard barely audible whisperings.

When dawn came, and the sun shone through the windows, the whispering stopped.

Only Aunt Elizabeth wasn’t in her room. In fact, they couldn’t find her anywhere. She had disappeared entirely.

This story was written in response to Laura M Bailey’s challenge. See Link:

You may also wish to read my previous 3-way challenge story because this one follows it: 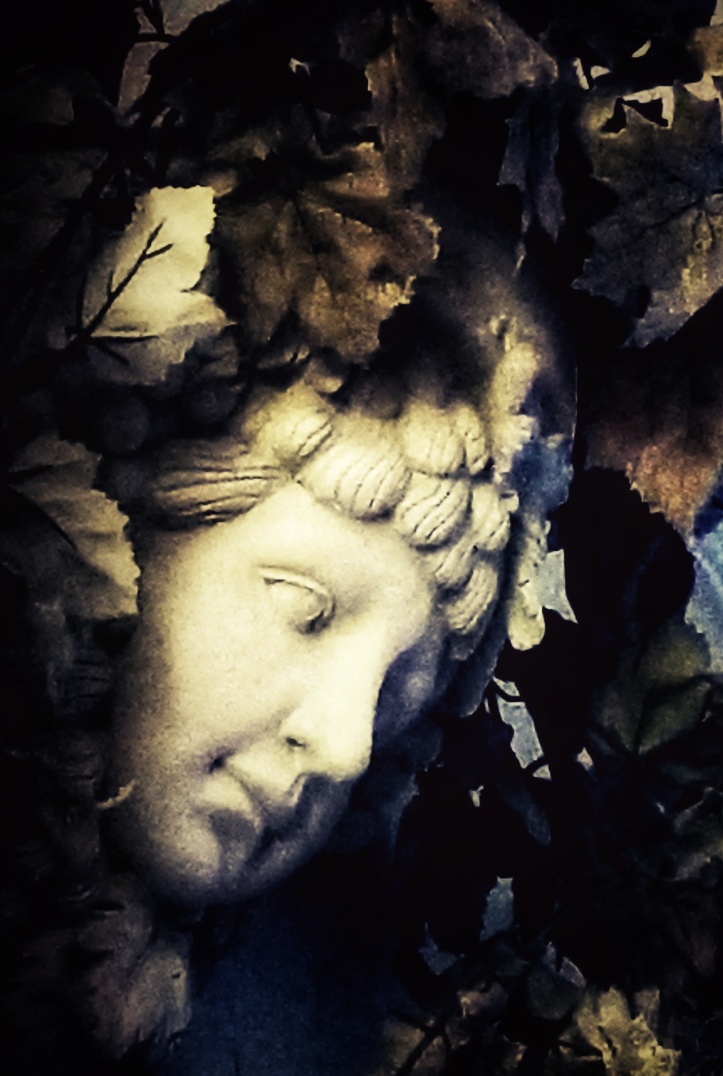 Lisa and Iain had kept to their agreement. Since their kiss last night on the beach they had not spoken. He was sitting at the back of the plane and she was next to Debra, one of her work friends.

The team building event had only been a partial success. The firm they worked for was one of the largest Accountancy companies in London. Every year they sent their managers on a team building long weekend to somewhere semi-exotic. Even though she’d worked for the company for fifteen years, this had been her first trip since she’d been promoted to junior manager last year. It was funny being called a Junior manager, she was forty-five years old, but she had been one of the few that had worked her way up from the bottom. Iain had only joined the firm a few months ago and was the same age as her.  He had worked for another Accountancy firm and so had come into the business the next tier up. The rest of the Junior managers were in their late twenties or early thirties and had come into the company from Accountancy college or university. It had only been a partial success because it hadn’t really broken down many barriers. Except between her and Iain. They had fallen in love.

The problem was they were both married. She was married to Dave, a high-flier in the City. He’d tried to stop her coming on this team building event out of jealousy and then she’d discovered that he had been having an affair with someone he had met at a similar event seven years ago. She now saw all her twenty years of marriage as just a sham.

Iain too was not in a happy marriage. He was estranged from his wife, Sheila, but they stayed together for the sake of their teenage sons. He wanted to provide them with a sense of stability while they did their exams.

They had talked about their problems. It had been so nice to have a sympathetic ear to listen to her. She, in turn, listened as he described his marriage as living in an enclosure at the zoo. He felt trapped and in a hostile environment with no easy way to escape.

As they had talked, they inadvertently fell in love on that beach in Majorca.

They had decided that they would be stoic about the whole thing and return to their lives as before.

When they landed at Stansted Airport, she caught a glimpse of Iain across the baggage hall. She was waiting for her suitcase but Iain had only taken one holdall. He looked at her and gave her a smile, she smiled back and then he turned away and strode towards the car park. He had a longer journey than her, he lived in a large four bedroom house near St. Albans.

She wiped away a tear, grabbed her suitcase then walked towards the pick-up point. She was stubbornly determined to be stoic.

Dave was supposed to be there waiting for her. There was no sign of their red Ford Focus. Plenty of red cars, but not his. She always thought it strange that as soon as you started looking out for a car of a particular colour, suddenly there would be hundreds of them!

She switched on her phone and checked her messages, Nothing.

After waiting for twenty long minutes, she decided to ring Dave and find out what was going on.

It went straight through to his voicemail.

“Hi Dave, I’m at the pickup point, are you caught in traffic? You are still coming to pick me up aren’t you?”

She waited patiently for an hour and had left three more messages, each getting slightly more angry, before giving up and walking to the taxi rank.

As the taxi pulled up outside her small three-bed semi-detached house in Chelmsford, she saw the curtains slightly drawn. There was just something about a house that just shouted “Empty”. It was Monday lunchtime, maybe Dave had forgotten all about it and gone to work. It would have been like him.

She paid the taxi driver and then walked into the house. It felt cold and unlived in. She noticed her husband’s coat wasn’t hanging in the hall.

There was a note pinned to the cork board in the kitchen.

She opened the back door and walked to her favourite spot in the garden.

In the corner, she had created a little sanctuary for her with Ivy climbing up the walls and the white face of an Angel emerging from the greenery. It was a spot she liked to sit in a read. It was her ‘happy’ place.

She opened and read the note, something instinctively told her to wait.

I realise that we have been living a lie all these years.

I have taken most of my things.

I have decided that there is someone else I want to be with.

You can have the house.

She looked at those few words, not much for twenty years of devotion, but somehow, she wasn’t sad at all.

Her mobile phone started to ring, the tune of Pharrell Williams “Happy” had been her ringtone for ages, but somehow couldn’t have been more poignant.

“Hi, Lisa? It’s Iain. Sheila’s chucked me out, she’s had all the locks changed and there’s someone’s red Ford Focus parked on the drive. I didn’t know who else I could talk to.”

Lisa couldn’t contain her smile, “Iain, come to me, I’ll text you the address. I think we have a lot to talk about.”