She woke up, her alarm was ringing.

She’d overslept again. This was the third time this week!

Luckily, she had only overslept by five minutes and she always allowed enough time to get ready for work. She would have to do something simple with her hair again, no time to blow-dry, just a pony tail.

Walking into the bathroom she checked her face.

Was that a new wrinkle? There just above her right eyebrow?

She didn’t remember seeing it before. She had a few frown lines on her forehead, but who didn’t when they’d passed the thirty mark?

After her shower she slapped on a bit of extra moisturiser, just to try to keep the lines at bay. She also promised herself a spa day in the not too distant future.

Her commute into work wasn’t remarkable. The usual traffic, the usual impatient honking of horns. The idiot who cut into her lane without any indication. Why did people insist on driving without bothering to let others know what they are going to do? They’ll end up on a slab one day in the morgue where she worked.

She worked as a mortician at the local morgue. Not a glamorous job but it was stable, there will always be a constant supply of customers, that was for sure.

As she arrived at work her colleagues all greeted her. It may surprise people to know that people who work in the morgue were actually quite upbeat and friendly. She got on with almost everyone. Of course, she spent most of her time with the customers and they couldn’t answer back or get on her nerves. She probably had the best customers of any company anywhere in the world!

Stan came up to her to give her the news.

“Morning Jenny, you’ve got two new ones come in this morning. Do your best to a make them look nice for their families. One is a lady in her early 90’s who died in her sleep. The other’s a girl in her early twenties, had an overdose, poor thing. See what you can do.”

She went into her studio and looked at her customers. What a contrast.

One was as wrinkled as a burlap sack. There wasn’t much skin that wasn’t wrinkled.

The other was as perfect as a body could be. Not a blemish on it. The face didn’t have a single wrinkle. It was flawless.

And yet, here was a woman who had lived a long life. Who had had children and grandchildren and who, judging from the wrinkles at the corners of her eyes and around her mouth, must have enjoyed a good laugh. The wrinkles were like life’s calling card etched on her body for all to see.

And there was this poor, lovely, unblemished girl who had not really had much of a chance to live life to the full.

She realised who she most wanted to be like.

Never again would she look at a wrinkle in the same way.

It wasn’t a curse, each was a little blessing.

She was lucky to have her wrinkles. So many people didn’t live long enough to get them.

When clouds block the sun,

yet bring no rain.

When you toil for hours,

When you take all the medication,

yet still feel the pain.

That is the disappointment I feel.

END_OF_DOCUMENT_TOKEN_TO_BE_REPLACED

The truest visionary believes in themselves

With confidence comes the visionary’s path

I have been nominated for the 3 quotes challenge by two brilliant bloggers: Ang4him and Ray of Light.

Please take a moment to have a look at their blogs.

RULES:
1) Thank the person who nominated you.
2) Post one quote per day over three days.
3) Nominate 3 blogs per day to take part in the challenge.

Well I am going to vary it a bit….
Firstly I want the blogs I nominate to answer two questions,
1) Why did they start blogging
2) Why did they choose the name of their blog
Then do the quote thing and nominate between 1 and 3 blogs. These things go round like an epidemic sometimes, so there is absolutely no pressure to take part if you are sick of them.

“Don’t carry around the bricks from your past,

or you’ll end up building

I found this quote on Facebook, although worded slightly differently, and I tried to find out who said it, but to no avail. There are different versions of it all over the place but they are not attributed to anyone. I suppose I could take my lead again from social media and just say that ‘Buddha‘, ‘Gandhi‘ or Abraham Lincoln said it, but I have a tad more integrity than that. 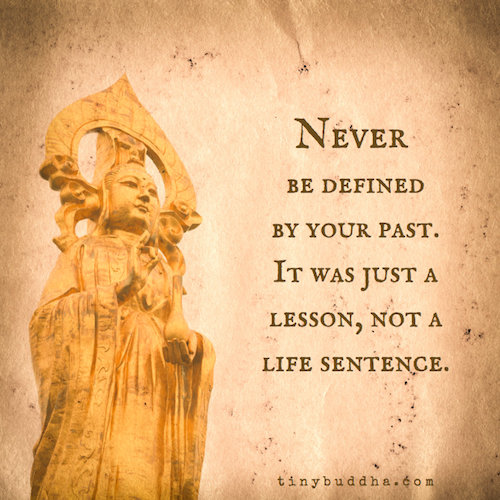 This was another good quote I found on the internet.

It goes to show that although there is a lot of Horse Manure on social media, there is some good stuff too. Even with the horse manure, it depends what you do with it that counts. You can choose to throw it at people or post it through their letter boxes, or you can use it as fertiliser in your garden.

Today I am going to nominate:

You may not want to take part, no pressure. I just wanted you to know that I like your blogs.

Have a nice day everyone. 😉

Take your negative thoughts: Reframe them.

Reframe your fears as your challenges.

I have been nominated for the 3 quotes challenge by two brilliant bloggers: Ang4him and Ray of Light.

Please take a moment to have a look at their blogs.

Well I am going to vary it a bit….

Firstly I want the blogs I nominate to answer two questions,

Then do the quote thing and nominate between 1 and 3 blogs. These things go round like an epidemic sometimes, so there is absolutely no pressure to take part if you are sick of them.

“The only way to have a friend is to be one.” — Ralph Waldo Emerson

A friend is a true ally in this world of ours. There is so much hatred and bitterness out there facing us each day. A friend is someone who you aren’t competing against, you aren’t pretending to be someone else. You are supporting each other and making each others journey through life just that little bit easier and more enjoyable. You can quote me on that. 😉

What Happened to Their Carefree Laughter?

I have been nominated for the 3 quotes challenge by the brilliant:

I thoroughly recommend you taking some time to read their blog, you won’t regret it.

I was also nominated for this challenge last week, but have only just caught up with my emails by:

Please take a moment to have a look at their blog.

Well I am going to vary it a bit….

Firstly I want the blogs I nominated to answer two questions,

Then do the quote thing and nominate between 1 and 3 blogs. These things go round like an epidemic sometimes, so there is absolutely no pressure to take part if you are sick of them.

My mission in life is not merely to survive,

Take part if you want to, but if you have had enough of these challenges, then that’s fine.

I am meandering through life.

No sense of direction

No goals as such

Just wandering through and hoping for the best.

How many people truly have their destination in mind?

How many are working towards a known

A place to eventually call home?

I am just trying hard to make my way without stumbling over the many obstacles.

The many hidden branches under the leaves waiting to trip me up.

The many cracks in the pavements waiting to open and pull me in.

Feeling my way without much sense.

No light, no smell, no clues to touch.

The end never in sight.

Too far, too much.

Perhaps, there are more meandering through life than just me.

Perhaps others too are navigating the same seas,

Avoiding the same branches in the leaves.

Perhaps they too fear the cracks, the ground beneath their feet.

While I tread the paths of doubt, others of more certain mind

Stride onwards towards their goals, unblind.

Remember that failure is not just in not achieving our plans,

It is also in failing to enjoy the journey.

The meandering is not just a part of life.

It is life itself.

I wonder as I wander

though the passages of life

how did I weave

through the trees of doubt and strife

through the dark deadly dangers of my own mind.

Though life has so many tortures

So many painful memories of past mistakes

It offers the most enticing of prizes

that forces us ever onwards into the lands of ‘what if’.

After all, living in this world full of people, and animals, each with conflicting purposes and goals, is it not somehow arrogant not to expect to compromise sometimes? This world is full of give and take.

From this point of view the word ‘Uncompromising’ starts to appear quite monstrous. It is full of arrogance and belligerence. It is the swaggering bully that marches up to you at the bar and spills your drink, itching for a fight. The person who elbows you out of the way in order to get to the last discounted turkey before Christmas. It is the nasty, unpleasant person you are obliged to be polite to but secretly cannot stand. The one who always has to get what it wants forcing others to compromise themselves.

Yet, most of us do compromise, we hold the door open to people coming along behind us. We say politely, “no after you” when approaching a doorway at the same time as someone else. Whilst we all hate that person, the queue jumper, who epitomises again that monstrous word ‘Uncompromising’ we often look behind us in the queue to see someone with only two items and allow them to go in front. For most of us, we have embraced compromise, but for those of us who give and take, there are those that take, and take. Give them an Inch and they take the whole yard, to coin an old, but valid phrase.

Respect and the Truth.