You registered on WordPress.com 4 years ago.

Thanks for flying with us. Keep up the good blogging.

Today I had this message from WordPress.

Has it really been 4 years? Time creeps by like a time traveller with a dual personality seeming both to pass by swiftly and also to take its time.

4 years feels simultaneously like a lifetime and a moment.

I look back at some of the stories and poems i’ve written over the past 4 years with some pride but also some sadness. Did I cover myself with glory, or just waste my time?

If something I’d written entertained or was enjoyed by just one person, then it was worth it.

I will keep on keeping on. the inspiration will not come

The more I sit here and stall,

the greater I become more numb.

I need to stop and drink,

then immerse myself and think,

about where I want to be.

Have I lost my creativity,

To instigate and plot a story?

Or will I regain my proclivity,

to Imagine and end this purgatory?

This writers block has been extreme.

I pray this is just an awful dream.

I am taking it in turns to host this challenge with Deb Whittam of the blog Twenty Four. Click on the link below to see her post about the results of last weeks challenge:

So, now to this weeks challenge:

And the Words: “OK,” I said. “Let’s go meet your chief.” It was the first time I’d spoken since ordering breakfast. – Killing Floor by Lee Child.

I am taking it in turns to host this challenge with Deb Whittam of the blog Twenty Four. Click on the link below to see her post about the results of last weeks challenge:

And a big thank you to Deb for keeping the Thursday challenges going over the last few weeks while I have not been organised.

So, now to this weeks challenge:

“… after that, he had to make his way all down the parade to the West Pier” – Brighton Rock, Graham Greene.

Good morning and welcome,  it’s time once again for the 50 word Thursday Challenge.

I know you have been looking forward to this all week. I hope you enjoy this challenge.

I am hosting the challenge again this week, Teresa, The Haunted Wordsmith hosted it last week. If you’d like to read some of the excellent short stories from last week’s challenge please click on the link below:

and here are the words:

“If you dare nothing, then when the day is over, nothing is all you will have gained.”
― Neil Gaiman, The Graveyard Book

I’d like to draw your attention to this post that I have written. It was posted on the Best Life Collaborative site. Have a look and let me know what you think.

Does writing in your leisure time help to improve your mental health?

Does it bring you more than just enjoyment?

Eleven months ago to this very day I started out on a journey.

I have always enjoyed writing but had never shared my writing with anyone in particular. I wasn’t ashamed of it, I just never believed anyone would be interested.

I have never been particularly into modern technology. I don’t walk around glued to my mobile phone. It doesn’t even connect to the internet!

If someone had told me a year ago that I was going to embark on this amazing voyage of discovery and construct my own blog, I would have laughed in their face.

If someone had told me that I would manufacture a blog and then still be going after eleven months, I would have thought they were insane.

This can’t really be happening? This can’t be me?

It is a revelation.

I wish to thank everyone who has read one of my posts and liked it for giving me the confidence and encouragement to keep me blogging.

Thank you to every one of my followers. I hope you still enjoy what I write and continue to do so.

Going forward, are there any requests for a story you would like me to write? Please leave suggestions in the comment. 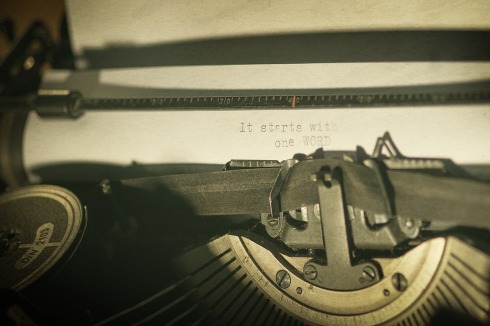 Photo by Pexels at Pixabay.com

He stared at the nearly blank page. On this journey, there was a mountain blocking his path. He prayed for inspiration. Then it came.

This story was written for Kat Myrman’s Twittering Tales Challenge:

Last week, I was tagged by Darnell Cureton of the Fictionist blog. Check out the post below:

It’s a great post and I am thrilled that he tagged me along with so many other great bloggers that I admire.

The Writers Tag was created by Lorraine Ambers and Ari Meghlen for writers to connect with each other and help expand our writing community. To participate, we answer 12 tag questions and are encouraged to tag other writers. So, here we go:

I reiterate, there is no obligation to do this, but if you want to have a go, then please do.

Kristian of Life Lessons around the Dinner Table

Friday dawned but he couldn’t get that taste out of his mouth. The taint left by one of the most unpleasant weeks he’d had in a long time.

He started the week with a Father, a Partner and a job. One by one they’d all gone.

He felt like a dark cloud had entered his life. He felt his life ebb away through his fingers like a slowly dying river during a dry spell.

Dry was the word, he felt as dry as driftwood.

So, his father had been ill for months and the prognosis had been clear, but there is always that little spark of hope in the back of your mind that thinks maybe he’ll defy the odds. Maybe he’ll get better.

He hadn’t really been that close to his dad growing up. His mum was one of those larger than life characters who held the family together by force of personality and with her aura of love. His Dad was just there, in the background. When his Mum died suddenly though, he had become close to his Dad. They had both lost their rock.

Then they went back to their separate lives. His Dad started going to Bingo and He’d met his partner and they’d set up a house together.

Then the magazine he wrote for acquired a new owner. A new owner with a new agenda. The articles he wrote were not compatible with this new agenda and more and more he found that his articles were not being included in the final draft. It was only a matter of time before they laid him off. Why pay for a writer whose work isn’t getting published?

It couldn’t have fallen at a worse time. His Father died in hospital on Tuesday and on Wednesday his partner decided to move out. OK so they hadn’t been spending much time together lately, so he wasn’t interested in sex anymore. With everything going on, he had trouble being interested in anything at all. So, Steve moved out Wednesday, he’d found someone who appreciated him better.

Then Thursday he was called into the boss’s office and sacked. Technically he was freelance, so they just decided not to renew the contract, but he had focussed on this job and hadn’t submitted any writing to any other journal for months. His income was bound up in this one role, and he’d lost it.

As he took a sip from his Cappuccino he choked, the whipped cream had gone off. He threw it away and made himself a cup of instant then he stared at the blank computer screen. His fingers poised over the keys but failed to move.

Completely dry; he couldn’t think of anything to type. His head was full of fluff.

His mobile began to ring across the room. The sounds of Pharrell Williams song Happy rang out rubbing salt into his wounds. His instinct was to ignore it. It could be Steve asking to come around and get more of his stuff. He could do without that. Let him wait for a bit. Then it rang again so he picked up the phone. It was his Agent ringing.

“Hey, Jack, how’s things?” His literary agent always sounded upbeat and full of life even when he was turning down draft after draft of the novel he had been trying to get published for years.

“Oh, Hi Keith. I’m not in a great place at the moment” Jack responded.

“Great, Great, listen, I have some good news for you”

Keith wasn’t the kind of person who actually listened to what someone said, his own thoughts were more important.

“What Keith?” The brusque response had no effect.

“Your book, I told you that final draft was brilliant,”

Jack couldn’t let this statement go without challenging it, “You said it was even worse than the last draft I’d sent you. You said you would see if any publishers would be interested but you didn’t hold out much hope.”

“Well, it grew on me and, my friend, what’s more important, the publishers want to see you first thing Monday morning. They love it! I hope you are up for writing the sequel because they are prepared to pay big money for it.”

Jack could barely contain himself enough to write down the details of when and where to meet.

Then, feeling a renewed sense of energy, he began typing chapter one of his new book.